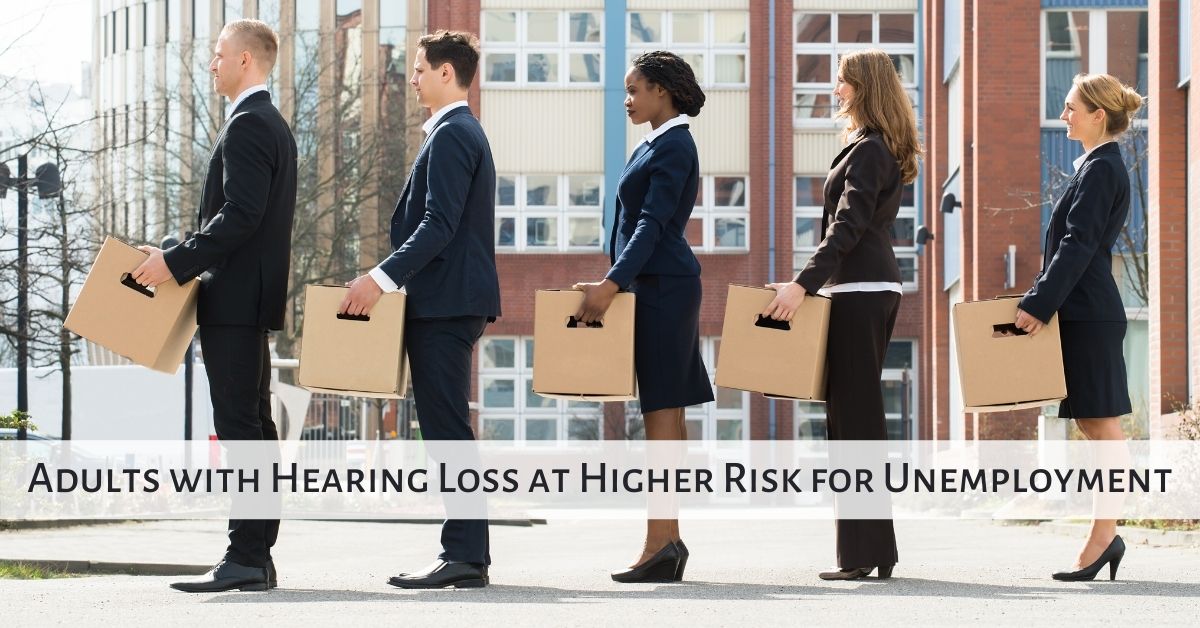 This could be due to inadequate access to education for children with hearing issues. According to a study available on PubMed Central (PMC), the online archive of the U.S. National Institute of Health’s National Library of Medicine, hearing loss contributes independently of other factors to make a student 3.21 times less likely to graduate high school than their normal-hearing peers.

However, after controlling for age, sex, race, and educational attainment, it was found that people with hearing loss were 1.58 times as likely to make less than $20,000/year, and almost twice as likely to be unemployed or to be partially employed, defined as working less than 35 hours per week, than those with normal hearing. This means that while children with hearing loss are less likely to graduate high school, as adults they are furthermore less likely to attain steady employment than other people with normal hearing who also didn’t graduate high school.

These numbers are lower for white people than for Black and Hispanic people, suggesting that better accommodations for students with hearing loss in educational institutions—which are typically more available in school systems with more economic resources, which in turn are by and large populated with more white students—might help to reduce the socioeconomically depressive effects of hearing loss for adults.

Strikingly, in a study titled “Trends in Employment by Dual Sensory Impairment Status,” researchers found that adults with either hearing or vision impairment had employment at a rate 20% lower than the general population, and people with both hearing and vision impairment were employed at a 40% lower rate than the general population. The statistical implication here is that hearing augmentation could cut the unemployment rate in half among those with sensory impairment.

In practice, the best way for adults with hearing loss to enter the workforce is likely for them to acquire hearing aids or cochlear implants, depending on the individual’s type and degree of hearing loss. One may ask how a person who makes less than $20,000 per year can afford to purchase hearing augmentation technologies, as they are not covered by Medicaid in most states. As hearing loss is projected to be the 7th leading disease burden in high-income countries by 2030, this is a problem that ought to be addressed in order to maintain a low unemployment rate.

For those who can afford them, modern hearing aids are full of features that can make hearing loss a non-issue in the workplace. In addition to vastly improved battery technology that has allowed manufacturers to drastically reduce the size of their hearing aids, tiny computers allow for digital signal processing (DSP) that can do much more than simply amplify the sound coming in from the world.

Multiple microphone systems and binaural processing can help with sound localization, so the wearer can determine where in the space around them sounds are coming from. Integration with Bluetooth and other technologies allows for improved telecommunications, whether the need is to answer the office phone or participate in videoconferencing. Modern hearing aids can even amplify speech over background noise, creating a listening situation that can actually be better than normal hearing in busier environments.

As more and more information is understood about the effects of hearing loss not only in society but on our physical health and well-being, it has become clear that hearing aids are not just a luxury, they are crucial to allowing a hearing-impaired person to function effectively in the workplace or wherever they may go. Trends in behavior implicated by changes in the brain following the onset of hearing loss—leading to social isolation, depression, earlier onset of cognitive decline and more—make it clear that leaving hearing loss untreated should not be an option.

If you’re suffering from untreated hearing loss, make an appointment for a hearing test today and find out what hearing aids can do to increase your quality of life and improve your experience at work and anywhere else you go!